Financing through the HERO program

We now offer financing through the HERO program!

Mamma likes her cool oasis in the desert

The heat is approaching. I know it doesn't seem like it this year with all the storms, wind, and cool air, but the heat is coming. With Mother's day just a week and a half away, it may be time to show some love by getting mom some flowers and a high efficiency air conditioner. It may seem like a rather large gift, but hey, isn't mom worth it?

Wow, just yesterday (it feels,) was 2015 and now January is almost over. February is just a week away and along with it, Valentine's Day. Keep in mind that even though the heat is coming very shortly, we still have storms expected. El Nino is expecting to kick up storms for us throughout spring which means wet and cold for a while still.

Keep your filters clean. This winter has likely run your furnace more than usual and the filter might be more clogged than you expect. Check it out, or have us do it for you.

When the heat does arrive, is the old a/c in the side yard going to survive another year? Here's something that doesn't get much attention: air ducts. How much of that precious heat or cold is going into the attic?

Those are a few thoughts to consider. Have a great Valentine's Day, a comfortable home, and we'll see you soon!

Thanksgiving is done and December is here! We wish you all a very Merry Christmas, Happy Chanukah, Bodhi Day, Winter Solstice, Saturnalia, Yule and Sabbat, Zartusht-no-diso, and Happy Holidays. I'll include happy birthdays for about 8% of everybody and have a good month for those that just want to escape from December.

Our logos are now mobile

Always striving to improve, another basic element to any business with vehicles has been added. Check out the photos of one of our vans complete with logos. No more magnets on this van!

The new year deals have concluded...

The deals for the new year have concluded, but that doesn't mean you can't get a great price. Call to find out what we can do for you!

New systems that are higher efficiency than our Platinum Choice is coming soon. You'll have to wait a little bit for the awesome that is coming!

Check back regularly for company news and special promotions.

Our company is growing. Little by little we keep making improvements, such as this website. Over time it will become better and more informational. Our new logo is up and the change will progress through our uniforms, vehicles, products ... well anything we can stick it on.

Major thanks to Kelly's wife, Raphael, for the logo work (again) and all the support she's given us, and thanks for everybody's support in this venture. Thanks must go to all our customers (past, present and future,) because without you, where would we be?

We were interviewed on The Rich Gilgallin Show on KPSI 920 am (August 8, 2014.) Rich certainly knows how to pull an interview and make it great. We will see if we can post it here sometime to let you hear it.

R-22 refrigerant is currently being phased out almost everywhere in the world. In 2014, California is banning replacement R-22 condensers and the rest of the U.S. to follow shortly. Also as a related matter, 13 S.E.E.R. equipment will have an import ban and a sales ban a few months later. 14 S.E.E.R. equipment will become the new minimum efficiency standard with the rest of the U.S. to follow later.

If you have R-22 equipment that needs replacing, it is highly recommended that R-410a units are installed instead. R-22's cost is getting higher, and will eventually be hard to get. It is true that replacement refrigerants are now available and deliver good performance, but R-22 units are becoming an aging technology that has already been left behind.

What does this mean for you? If your R-22 system is still working properly, then keep using it. The laws are not going to force you to replace it for no reason. If your system has a leak, then it needs to be repaired or replaced.

Links to news and information about A/Cs, news, and the industry in general 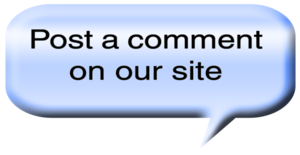